Volcanoes are holes in the Earth’s crust where extremely hot pieces of rock, gases and other things rise from the Earth’s core. This usually happens in the form of an eruption. Not all eruptions are the same: some eruptions are extremely explosive, like the one in the picture shown below. Others are actually quite calm, where hot lava slowly flows out of the volcano. 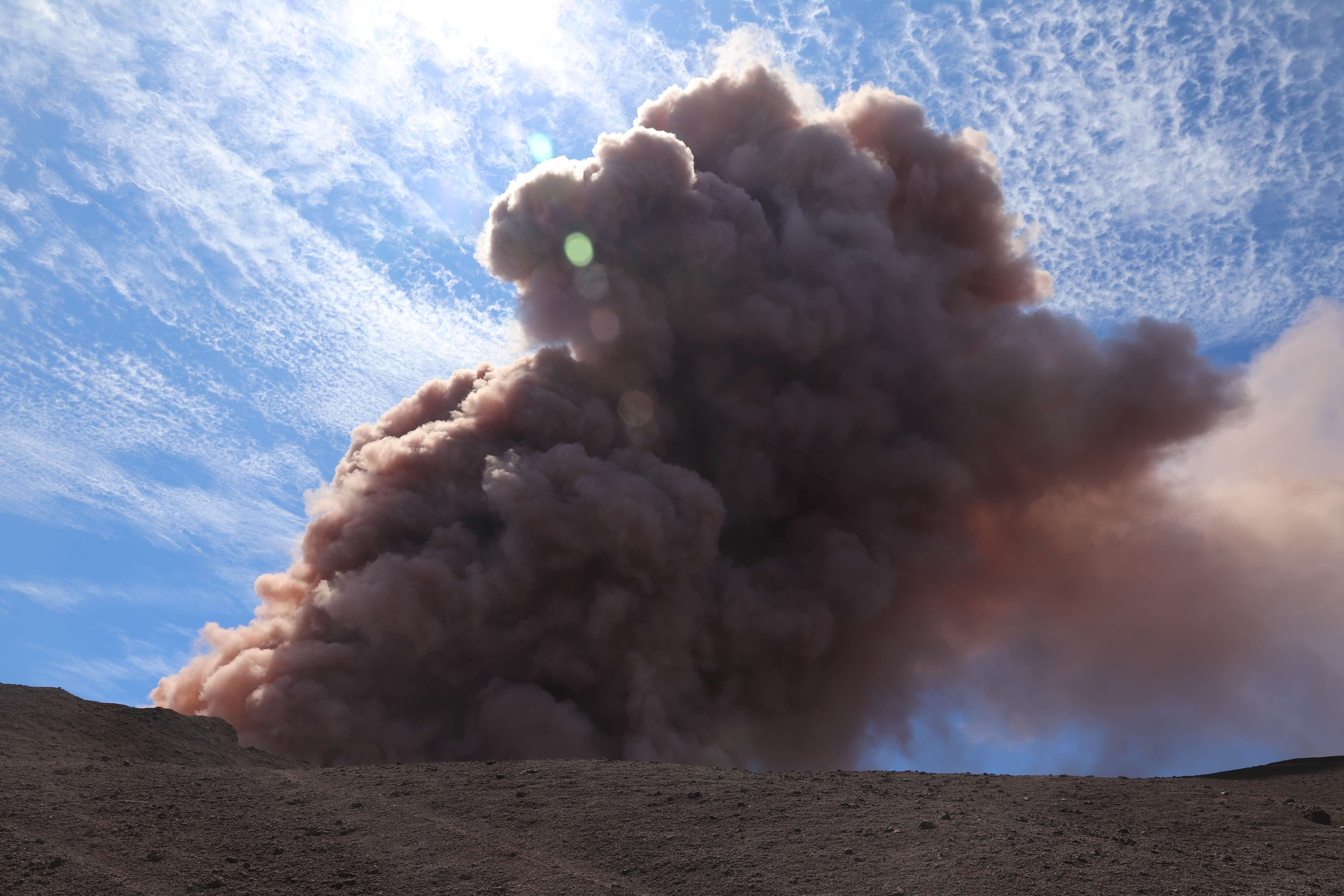 How are volcanoes formed?

Volcanoes are usually formed when tectonic plates (large parts of the Earth’s top layer) collide with each other. When they do collide, one plate plunges underneath the other, creating what is called a subduction zone. As the edge of one plate goes down, the temperature and pressure dramatically increases. This releases water from the rocks, which slightly changes the melting point of the rock, creates magma that makes it’s way to the surface.

How many volcanoes are there?

There are 1,500 active volcanoes in the world at the moment. There are many more inactive volcanoes which no longer erupt. When large volcanoes erupt in the middle of the ocean, the extremely hot rock turns into a solid and can create an island.

What damage do they do?

When they erupt, the extremely hot rock can slowly flow towards villages or towns, destroying everything in their path. The gas released from volcanoes can cause problems at airports near the eruption, where flights are cancelled due to the gases produced.