Hurricanes, also known as tropical cyclones, are large storms with a wind speed of more than 74mph (119km/h). They can cause lots of damage to buildings, roads and trees. Hurricanes can only happen between the 1st June and the 30th November. Most of them happen in late August and early September.

How are hurricanes formed?

Hurricanes are formed near the equator, where warm, moist air rises from near the surface. This means there is less warm air at the surface, which lowers the air pressure. Warm air from the surrounding area pushes into the area with the lower air pressure, which then rises. The surrounding air swirls in to take it’s place. As the warm, moist air rises and cools, clouds form. The clouds spin and grows, fed by the heat and water evaporating from the surface. As the storm spins faster and faster, an eye forms in the middle, with a very low air pressure. 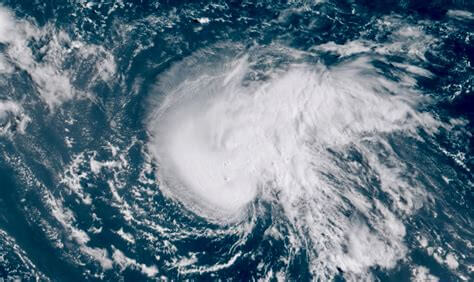 A satellite picture of a hurricane | FitsNews

What damage do they cause?

They can cause a lot of damage to roads, buildings and other infrastructure. The cost of recovering from these hurricanes comes into the billions: Hurricane Katrina cost $125 billion alone.