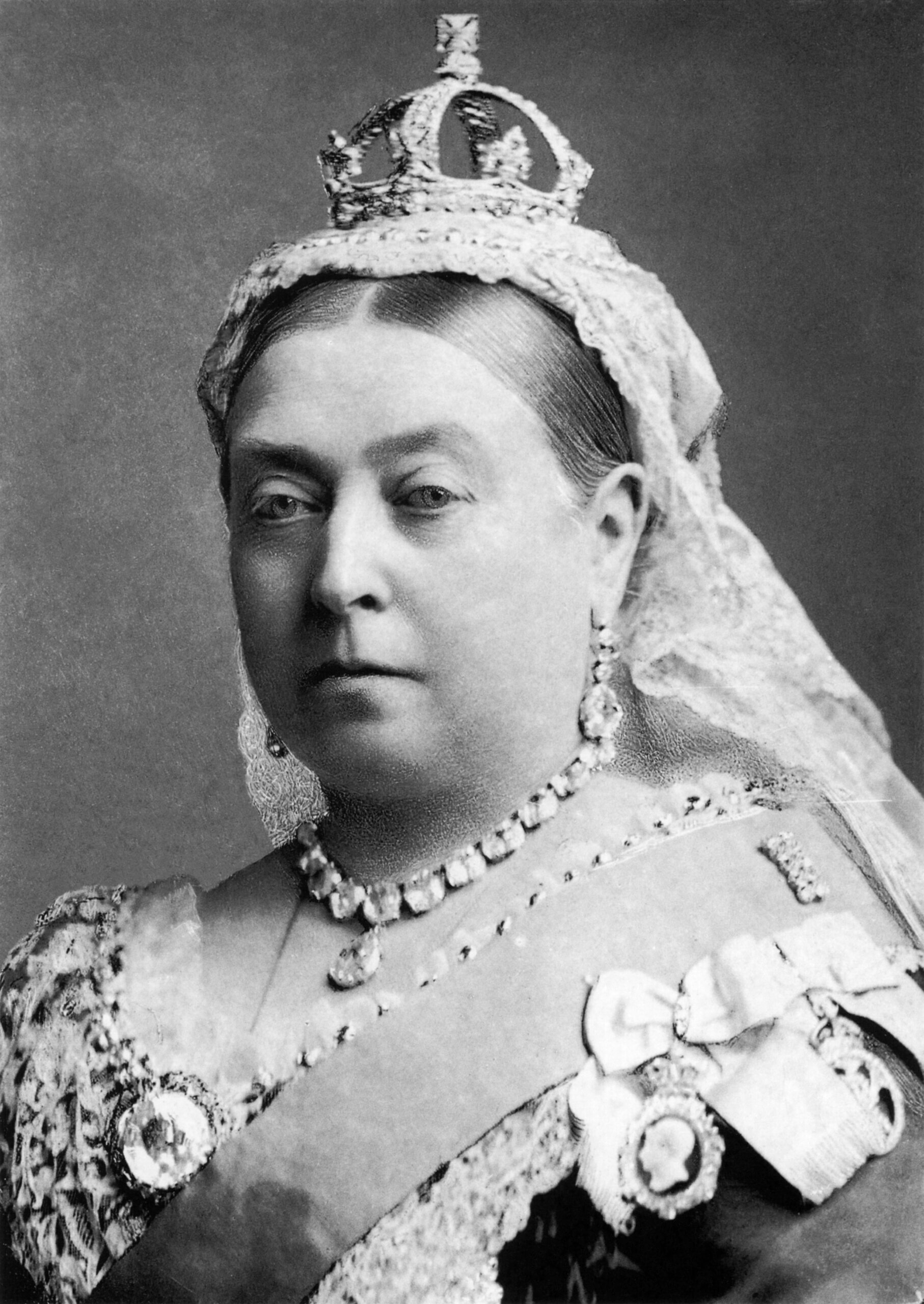 Victoria was the Queen of the United Kingdom and the British Empire from 1837 until she died in 1901. In 1840, she married her cousin Prince Albert, who passed away in 1861. She mourned his death for the rest of her life. Victoria was Queen during a time where technology was advancing, railways were being built and new businesses were being set up like wildfire.

Victoria’s mother was extremely protective, and came up with a list of rules called the “Kensington System”. The aim of these rules was to make her weak and dependent on her parents.

It meant she couldn’t meet with anyone her mother or father disapproved of, or go anywhere without her mother, tutor or her governesses. Victoria couldn’t meet any other children, and her mother and John Conroy monitored and recorded every action. Her mother slept in the same room as her.

During her childhood, she studied German, Italian, French, Latin and Greek, as well as reading, writing, poetry and religious scripture.

In 1836, Victoria’s uncle, Leopold, wanted her to marry Prince Albert. Leopold and Victoria’s mother arranged for Albert and his relatives to visit them in May that year. After meeting Albert, she said in her diary:

He is extremely handsome; his hair is about the same colour as mine; his eyes are large and blue, and he has a beautiful nose and a very sweet mouth with fine teeth; but the charm of his countenance is his expression, which is most delightful.

Extract from Victoria’s diary, May 1836

But King William IV didn’t want Victoria to marry Albert. Instead, he wanted her to marry Prince Alexander from the Netherlands. However, when Victoria met him, she thought he was “very plain”.

Less than a month after her 18th birthday, William IV died, and Victoria was the Queen. On her first day, she was called Alexandrina Victoria, as that was her first name, but she wanted to be called Victoria instead. Victoria didn’t know much about politics and constantly asked the current Prime Minister, Lord Melbourne, for advice.

The first two things Victoria did as Queen were personal: she requested her bed be taken out of her mother’s room and ban Conroy (her mother’s secret lover, who came up with the Kensington System) from her apartments.

In 1840, Victoria married Prince Albert, and no longer lived with her mother (girls, even Queens, had to live with their mothers until they were married.) Over the next twenty years, Victoria and Albert had 9 children.

In 1857, the British Empire took over the running of India from the British East India Company after a rebellion that same year, and the company ceased to exist a few months later. Just over 20 years later, in 1876, the prime minister Benjamin Disraeli pushed a law through Parliament that would give Victoria the title “Empress of India.”

In December 1861, Albert started to feel very unwell, and died later that month. Victoria was devastated and wore black for the rest of her life. For every day after he died, she got servants to lay out her husband’s clothes. We don’t know exactly why she did this, but it was probably to help her grieve.

Victoria lived for such a long time that she was able to celebrate her Golden and Diamond Jubilees. Queen Elizabeth II is the only other monarch to have ever celebrated these milestones.