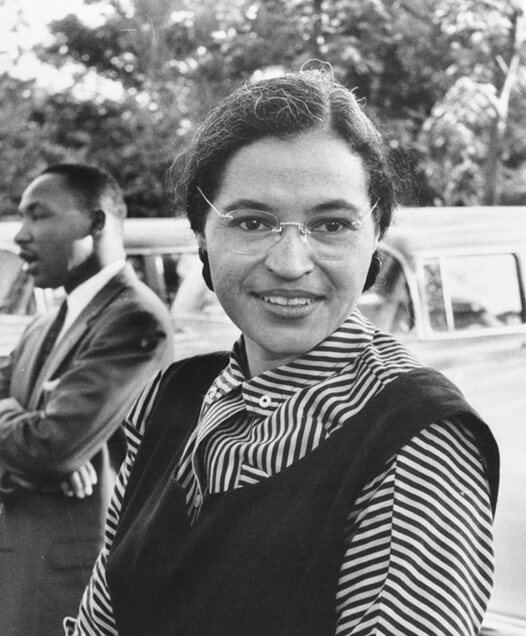 Rosa Parks was an activist for the Civil Rights Movement, a political movement that aimed to make sure black people had the same rights and freedoms as white people in the USA. She was best known for refusing to move seats when instructed to do so on a bus in Alabama.

Refusing to move seats on a bus

Rosa Parks is the known for refusing to move seats on a bus on 1st December 1955 when told to do so by the bus driver. But why was this such a big deal?

In the 1950s, there were separate sections for white and “coloured” [non-white] people on buses, and there was also segregation in public toilets and in certain jobs. The segregation of people always favoured those who were white, meaning that a black person may be asked to stand so a white person could have a seat on a bus, for example.

Rosa wasn’t the first person to refuse orders to move seats on a bus, but the National Association for the Advancement of Colored People thought she would be the best person to see through a court case in the state courts against segregation.