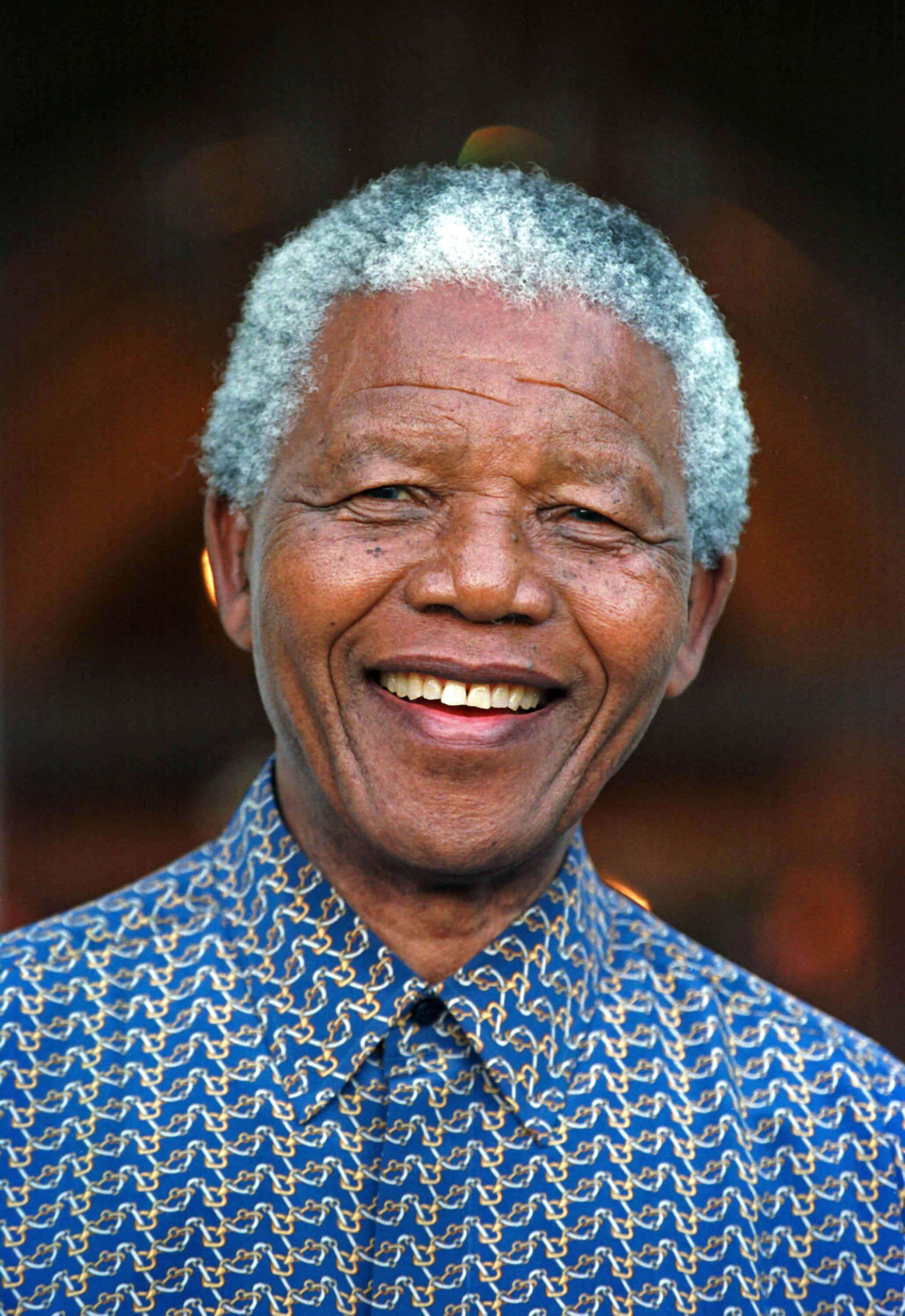 Nelson Mandela was the first black president in South Africa. He also changed the lives of many black people in South Africa. He was born on 18th July 1918. When he grew up, black people had little say (which meant they couldn’t say much or make any suggestions and improve the country). But in 1944, Nelson joined a group called African National Congress. This was an organisation which wanted black South Africans to have the same rights as white people.

Nelson Mandela was born on the 18th July 1918 in Cape Province. He was born into a traditional South African tribe called Thembu. His father died when he was 9 years old. Later in his life, he said that he had inherited his father’s “proud rebelliousness” and “stubborn sense of fairness.”Nelson was the first member of his family to ever go to school. His teacher gave all of her students English names. Mandela was given Nelson – and he doesn’t recall any reason why this particular name was chosen for him. (Wikipedia)

Nelson Mandela and Oliver Tambo set up a law firm together. Poor people came to them for help. Speaking out against apartheid was very dangerous. In 1960, Nelson Mandela was involved in a demonstration and 69 people died. The government blamed the ANC, and Nelson Mandela and other members of the ANC were arrested. They were charged with treason and he was given a life sentence. He spent 18 years on Robben Island where he was forced to carry out hard work every day.

The change of attitude

In 1988, South Africa started to change its attitudes towards apartheid. One change was to allow black students into white universities. There were calls from around the world to release Nelson Mandela and eventually in 1990 he was released. Mandela and the new South African president worked together to ensure that there was no longer any fighting. Nelson Mandela became the new leader of the ANC.

In 1994, black people were allowed to vote for the first time. The ANC won the election and Nelson Mandela was made the new South African president, being the first black president in South Africa’s history.

Nelson Mandela retired as president in 1999. In 2004, he gave up politics and enjoyed a quiet life with his family.