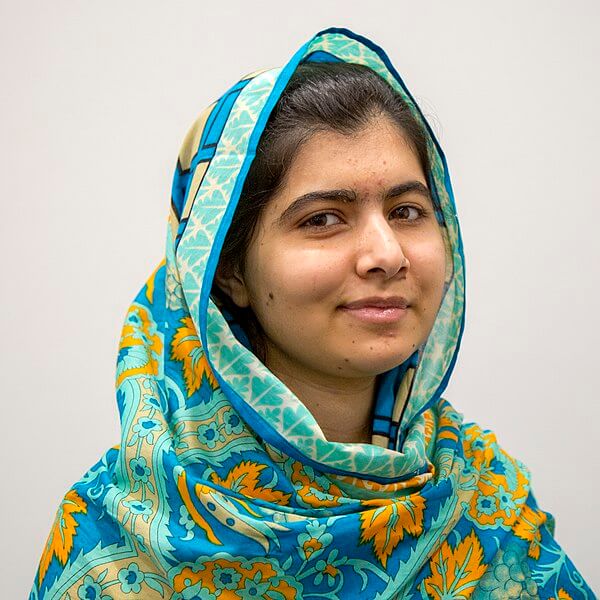 Malala Yousafzai, or simply Malala, is an activist for women’s education. She became known around the world after she was shot on the 9th October 2012 by the Taliban, a terrorist group that doesn’t want women to be educated. Undeterred, she continued her activism whilst living in Birmingham with her family. Because of her work as an activist, she won a Nobel Peace Prize in 2014.

In 2008, the Urdu version of the BBC World Service wanted to cover Taliban’s growing influence in Swat, which is the area where Malala lived. They decided that they would get a schoolgirl to anonymously write about her life in Swat on a blog. Her dad suggested that Malala should write the blog.

She wrote several entries for the diary, describing how the Taliban gradually took over the town that she was living in. In her first entry, she said that not many girls were attending school:

Only 11 students attended the class out of 27. The number decreased because of Taliban’s edict [an announcement of law.] My three friends have shifted to Peshawar, Lahore and Rawalpindi with their families after this edict.

In another entry for the diary, she said how the Taliban banned girls from wearing colourful dresses:

I was getting ready for school and about to wear my uniform when I remembered that our principal had told us not to wear uniforms – and come to school wearing normal clothes instead. So I decided to wear my favourite pink dress. Other girls in school were also wearing colourful dresses and the school presented a homely look.

My friend came to me and said, ‘for God’s sake, answer me honestly, is our school going to be attacked by the Taliban?’ During the morning assembly we were told not to wear colourful clothes as the Taliban would object to it.

In the following years, she began speaking about women’s education. She was invited onto television and radio shows, as well as being interviewed by several newspapers.

Malala joined an organisation called Aware Girls in 2011. Aware Girls want to empower local girls by campaigning peacefully for women’s rights. She was given multiple awards and a school was named after her.

But as she campaigned for women’s education, Malala began to receive more and more death threats. They were posted on Facebook, published in newspapers and posted through her door.

On 9th October 2012, a Taliban member tried to kill her whilst she was getting a bus home from an exam. There were two other girls who were also injured, but not as seriously as Malala was.

Malala was taken to a military hospital, where an operation was done to remove the bullet from her skull. Once the news had broken of her shooting, multiple governments from around the world offered to treat her. 6 days after she was shot, she was taken to a Birmingham hospital for further treatment.

Reaction to the shooting

The world was shocked at the news of the shooting. Leaders of various countries around the world said how awful the shooting was. The US President Barack Obama, said the attack was “reprehensible, disgusting and tragic”. The British Foreign Secretary William Hague said the shooting was “barbaric”.

The terrorists thought they would change my aims and stop my ambitions, but nothing changed in my life except this: weakness, fear and hopelessness died. Strength, power and courage was born.

In the months that followed, she met many world leaders, including Barack Obama and Queen Elizabeth II.