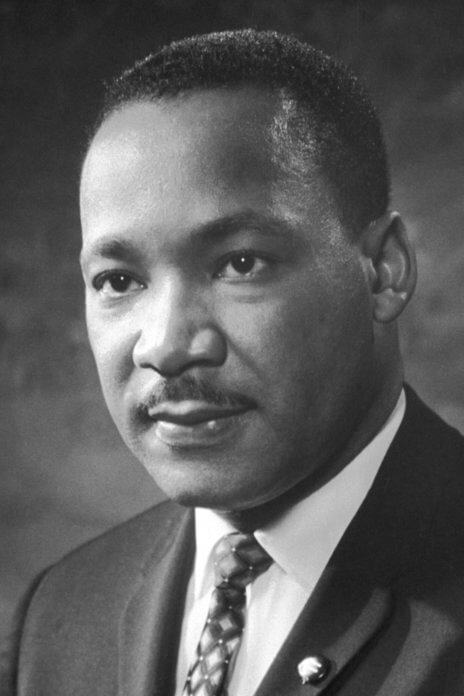 Martin Luther King Jr (his name was originally Michael, but his father changed their names to Martin Luther after a tour around Europe) was born on the 15th January 1929.

Martin’s father was an assistant pastor at the Ebenezer Baptist Church. During his childhood, he and his brother and sister would read out the Bible. His grandmother would tell happy stories from the Bible to her grandchildren.

He became friends with a white boy that had a father who owned a business near Martin’s home.

“I Have A Dream” speech

His most famous speech was his “I Have A Dream” speech, where he described his vision of equality and freedom for all:

I have a dream that one day this nation will rise up and live out the true meaning of its creed: “We hold these truths to be self-evident, that all men are created equal.”

On 3rd April 1968, he delivered a speech at Mason Temple, the global headquarters of a Christian organisation called “Church of God in Christ”. Afterwards, he went to Room 306 at the Lorraine Hotel in Memphis. Martin Luther King often stayed in that same room whenever he came to the hotel.

At 6.01pm the next day, he was shot whilst standing on the balcony. The nearby St. Joseph’s Hospital tried doing emergency chest surgery, but it didn’t work and he died just over an hour later.

The assassination resulted in multiple “race riots” in several major US cities, including Louisville, Baltimore and Washington D.C.

During his childhood, his younger brother slid from a banister and hit their grandmother, who fell unconscious. Martin believed she was dead and threw himself out of a second-story window because he thought that it was his fault.