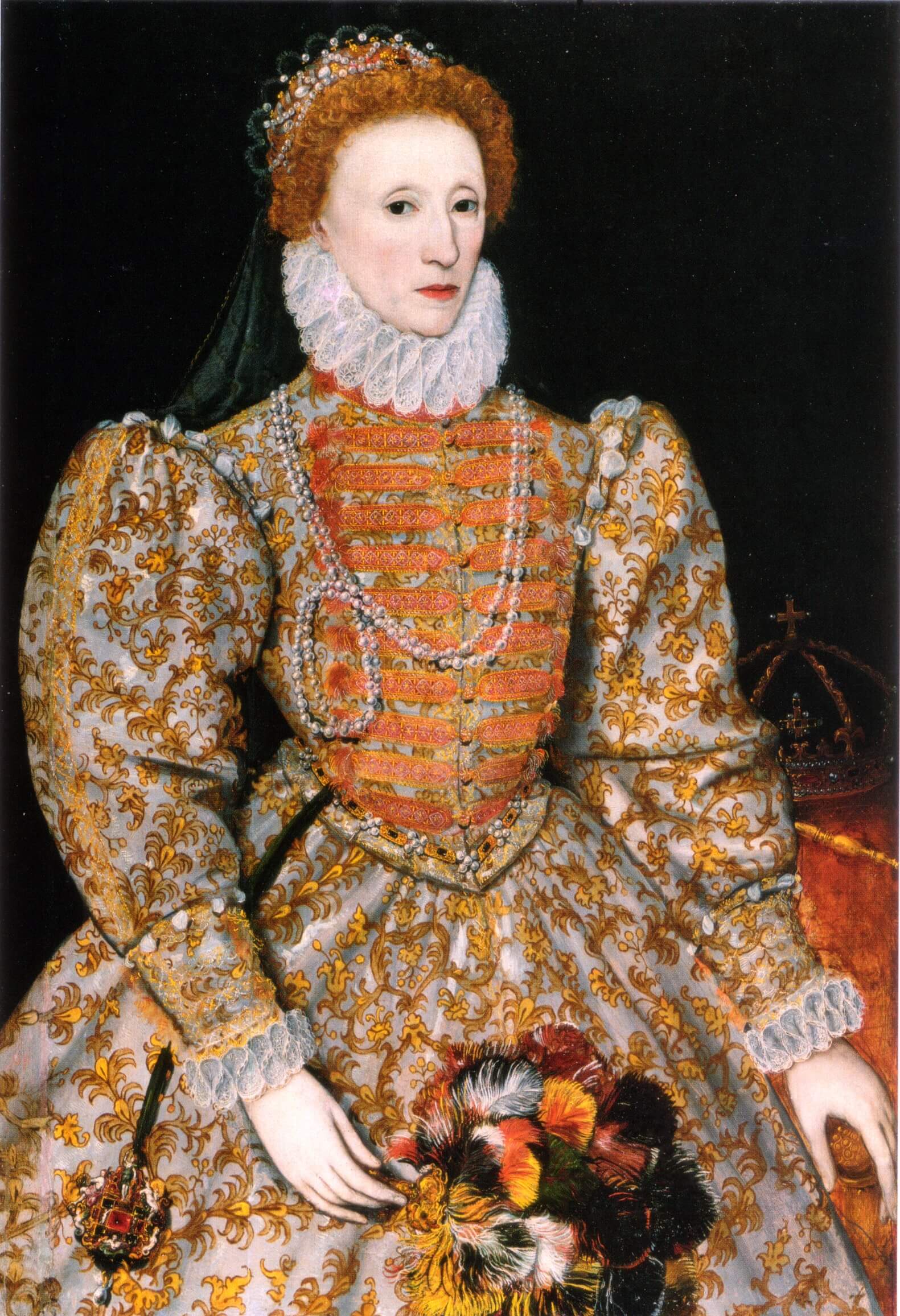 Elizabeth I was born in 1533 and died in 1603. Elizabeth I was famous for many things, such as saving England from the Spanish Armada. At the time, they believed that women were weak and feeble. Obviously, that is not true, but there we go!

Her childhood wasn’t necessarily a normal childhood. For starters, Anne Boleyn (her mother) was sent to the Tower of London and her head chopped off when she was 3 years old simply because Anne didn’t give the king the son he had wanted.

In 1558, she was crowned Queen of England in a very large coronation.

At that time, people such as Shakespeare were born, and grew up, under Elizabeth’s reign. In fact, Shakespeare even presented plays to her. Amazing!

There are rumours that Elizabeth I was a man. The story goes like this: Elizabeth was staying at one of the crown’s stately homes in a village called Bisley to escape a small breakout of the plague in London. The aim of sending her away was so she didn’t catch the disease.

But the real Elizabeth suddenly died thanks to an unknown illness. Soon after she died, Henry VIII announced he was going to Bisley to visit his daughter. Elizabeth’s nurse panicked and was afraid that the king would blame her for Elizabeth’s death. And that would probably mean loosing her head!

The nurse searched the entire village for a ten-year-old girl with long red hair that looked like Elizabeth. But she couldn’t find one. Instead she found a boy who was a similar age to Elizabeth and looked like her. She dressed the boy in Elizabeth’s clothes. Surprisingly, it worked!

If this rumour is true, then Elizabeth wasn’t a woman – but rather a man in disguise.

Here are a few facts that could be explained by this story:

You can find out more about it here.