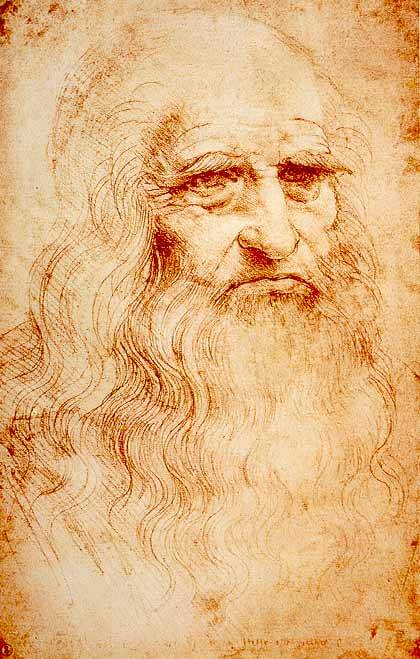 Leonardo da Vinci was an artist and a scientist. He is best known for his paintings of Mona Lisa and famous scenes from the Bible, including The Last Supper, where Jesus sat down with his disciples for one last meal. He is also known for being one of the people who lead the Italian Renaissance of arts and culture.

Leonardo da Vinci was born on 14th April 1452 in Vinci. He lived in his mother’s home for most of his early life. Unlike many children at the time, Leonardo was taught Latin, geometry and maths, among other subjects.

In the mid-1460s, Leonardo and his family moved to Florence. When he was 14, he worked for Andrea del Verrocchio, a leading painter and sculptor at the time.

Throughout his life, Leonardo da Vinci created many paintings, the full list of which you can see here.

The Mona Lisa is the most famous painting in the world. Most of the painting was done between 1503 – 1506, although some have suggested Leonardo was still working on it as late as 1517. The woman in the painting was an Italian noblewoman called Lisa Gherardini.

In the 19th century, a sketch on brown paper (below) was found. Because of the quality of the drawing, it was presumed to be a self-portrait of an older Leonardo da Vinci.

Anatomy of the human body

Leonardo dissected dead human bodies so he could find out how they worked. He disproved many presumptions about the anatomy of the human body at the time.