Homework Help For Kids is a simple, free site (and an app, which can be downloaded for free from the Windows Store at bit.ly/2bgjYol and as an APK at the link in the footer.) that has information that can help you “with your piles of homework.” We don’t have any adverts whatsoever, so you can get on with your homework.

We provide useful homework help for primary and secondary school. And the best thing is: it’s free!

We started life in 2013/2014 as a small website (the URL is homeworkhelpforkids.stinge.com, which we took down in 2018) built using a little-known free drag-and-drop website builder called Stinge Site Builder, which no longer exists.

Because it was a free website builder, we were limited to 15 pages. And those pages could only have so much content on it each, meaning the pages we did have were filled to the brim with content. Some of the content we have moved to this site without changing it – although we did update some of it. 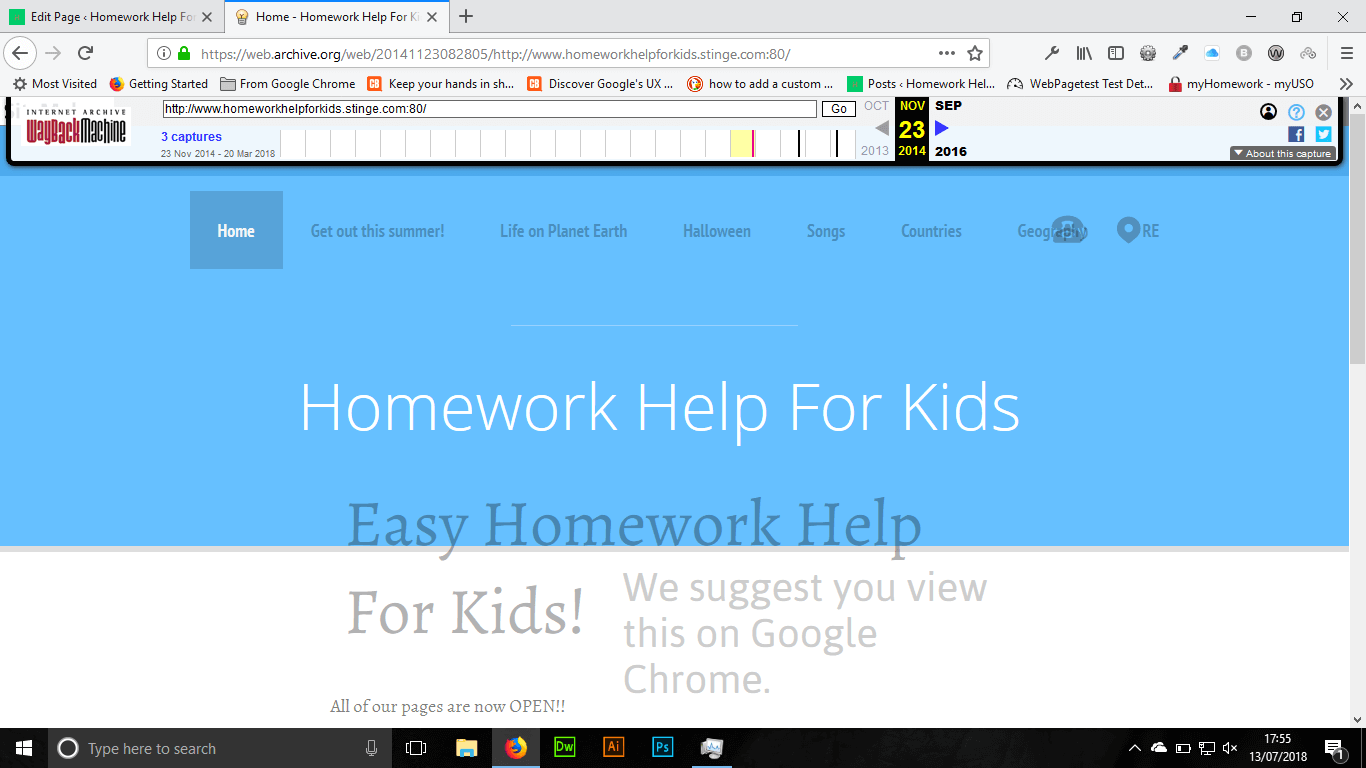 In late 2015, we decided that the Stinge Site Builder was too restrictive on it’s own, so we also set up a WordPress.com site called Homework Help For Kids Blog (homeworkhelpforkidsblog.wordpress.com.) It’s still there but we’re no longer updating it and most of the pages say “Coming soon.”

The website was mainly used as a blog (even though it said it wasn’t) and in August 2016, we purchased the domain homeworkhelpforkids.co.uk and some hosting to go along with it. From the 6th July to the 13th July 2018, we have had 523 users and 525 sessions.

In April 2020, we launched a new website and app design. The main aim of it was to have the website and app with the same design, and to make it easier to read the content on this website.

We released a Windows app in 2016, using a free app builder called Windows App Studio. You can see it in action below:

Unfortunately, Windows App Studio announced that the service would be closed down in 2017. We released an update before that happened and, until recently, were unable to release further updates.

In September 2020, a major update for the Windows app was released. It has content available in four different languages: English, French, as well as simplified and traditional versions of Chinese. It also has a new design, which is easier-to-read and understand.

How can I help?

If you want to support what we’re doing, please tell your family and friends about this website.

You can also support us on Patreon, with benefits including being able to tell us a topic to write about on the website – and you get to see it first!